Hello! I’m James Steele Howard. I’ve got a background in Japanese language and lived and worked in Tokyo from 2008-2011. Deciding to take a change in career, I returned to the States to become EMT certified to try my hand at medicine. A few years later after completing premedical coursework I entered medical school at the University of Queensland School of Medicine in Brisbane, Australia, where I lived for two years completing the basic science portion of medical school. In 2017 I moved to New Orleans to complete my clinical rotations at Ochsner Hospital System and graduated in 2019 with an M.D.

After completing medical school, I opted to pursue a career in public health with the goal of working with larger populations than would have been possible as a practicing physician. I was accepted by Saint Louis University's College for Public Health and Social Justice as part of the Masters in Public Health (MPH) program with concentration in Biosecurity and Disaster Preparedness (BSDP) which I began full-time in the fall of 2019.

In the BSDP program I’m pursuing a self-made sub-concentration in geographic information systems (GIS) public health disaster preparedness. This interest was prompted by the ecological change seen in Southern Louisiana and its effect on the local populations. We have a lot of coastline down here, and with climate change and sea level rise, we’ve lost a lot of coastline already with no end in sight. I'm working towards combining data science, mapping, and public health in my career.

Currently I work part-time as a Program Coordinator for The Skin You’re In monitoring and evaluating public health initiatives and health disparities for African American communities in New Orleans while finishing my MPH. I live in New Orleans with my wife and two cats and spend the free time I have exploring the waterways of Louisiana. 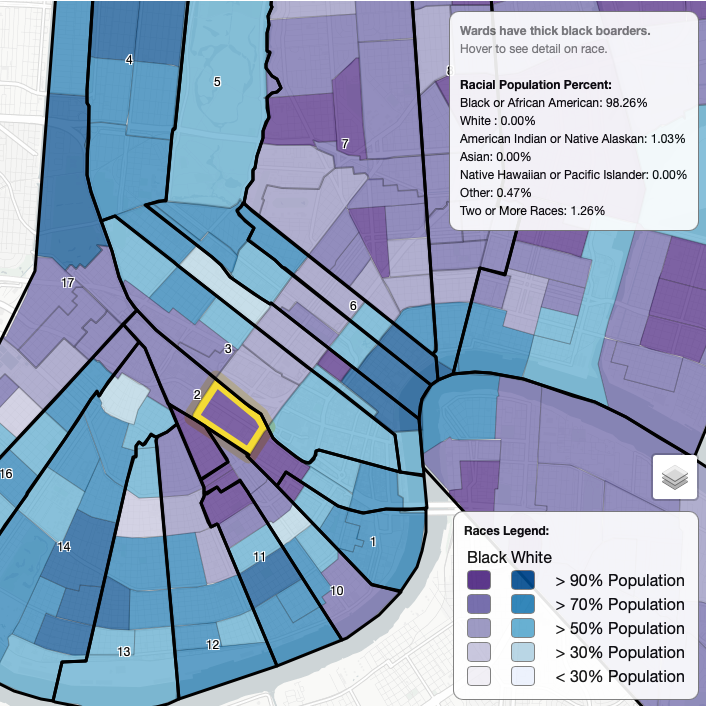 Social determinants of health help describe the conditions which may secondarially affect the health of a population. These can range from the conditions where people live, work, and play to their yearly income.

In order to monitor an evaluate these social determinants of health, I designed these maps to visually display some of the base statistics of the local communities and overall population of New Orleans. 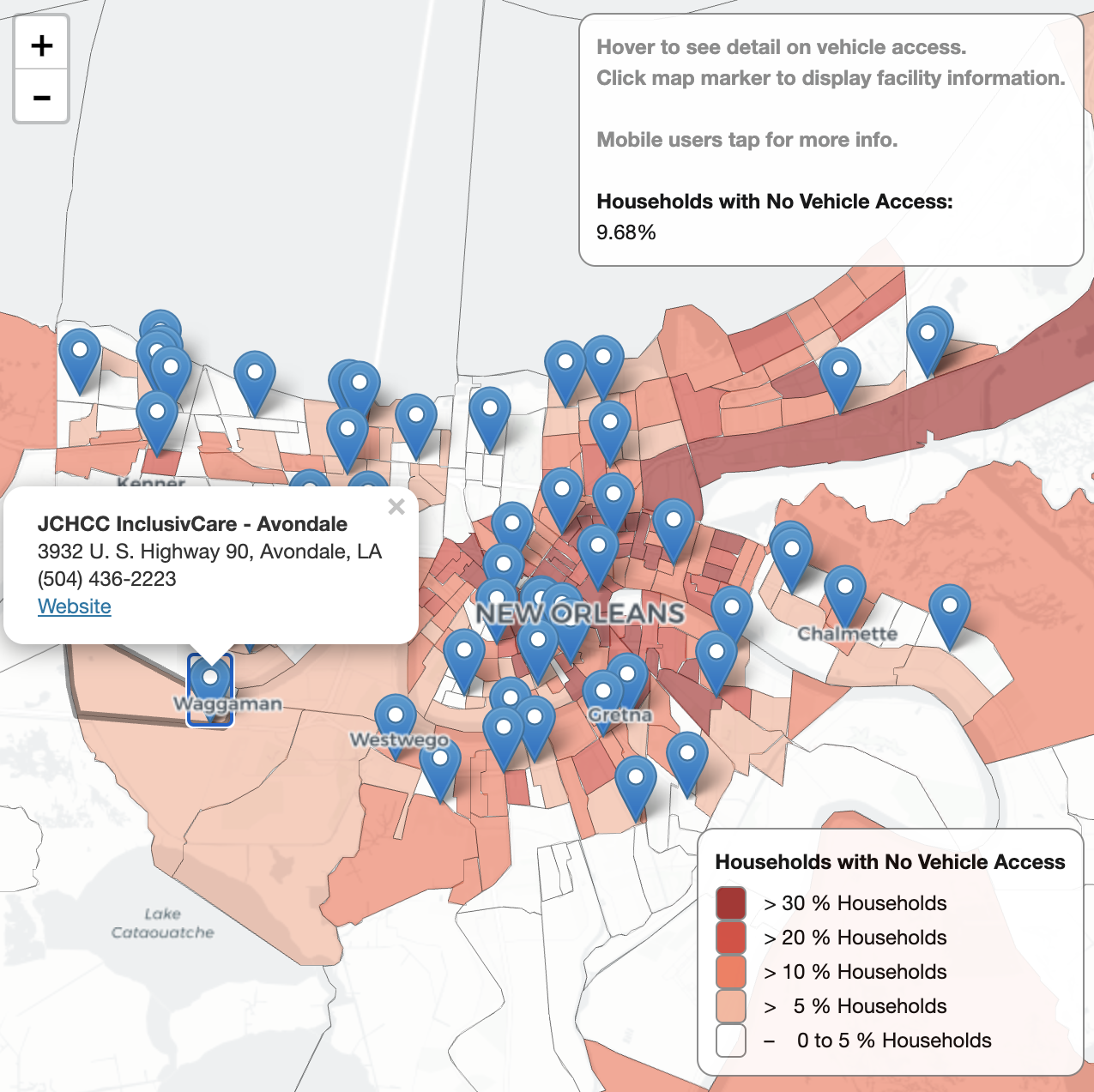 Understanding disparities is just as important as understanding where resources lie. This new map shows COVID-19 vaccination facilities (as of January 9th, 2021) and household vehicle access.

The purpose of this map is to provide a better understanding of vaccination locations in areas where transportation may be a potential barrier to vaccine access.

In December 2020 I was asked to be a guest on the Tiger Lily Talks podcast on an episode titled A Doctor's Insight into a New Normal to assist in public health outreach for the COVID-19 pandemic discussing and what lies ahead in for the future of this pandemic as well as the probability of future pandemics. 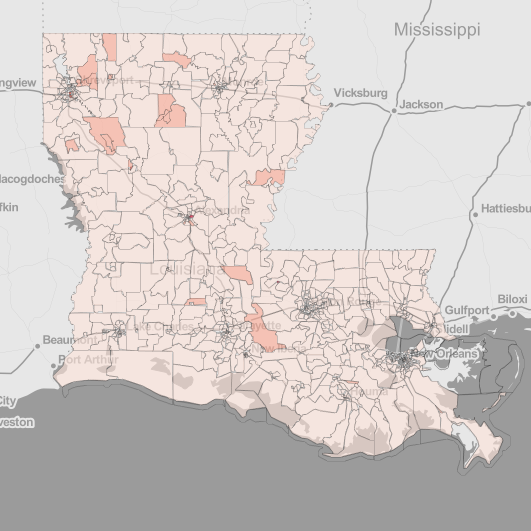 Understanding where COVID-19 hotspots are in the most up to date fashion is essential for deploying testing services and public awareness campaigns. This mapping project reports high test counts by census tract to ensure limited resources are distributed to the areas in most need. 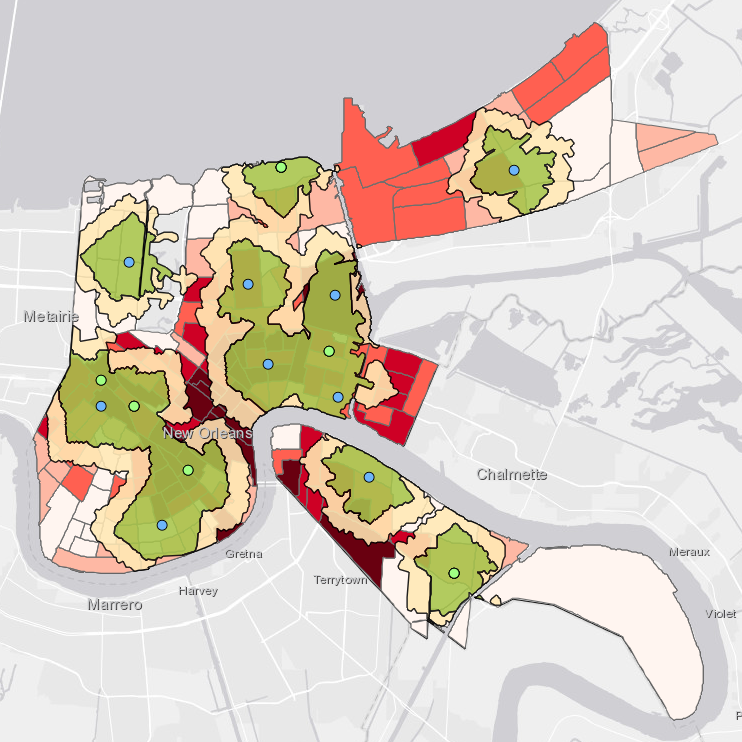 During 2020 I worked on mapping COVID-19 testing centers in New Orleans. The disparity in free testing centers is a concern for those in poverty areas and households without vehicle access.

In my spare time, Python coding has gained my interest. Low-powered and low-cost computing and data visualization may be the defining factors in the success of developing countries and communities. In an effort to begin to understand the potential of these technologies I created a weather display using a Raspberry Pi single board computer and an electronic paper display. 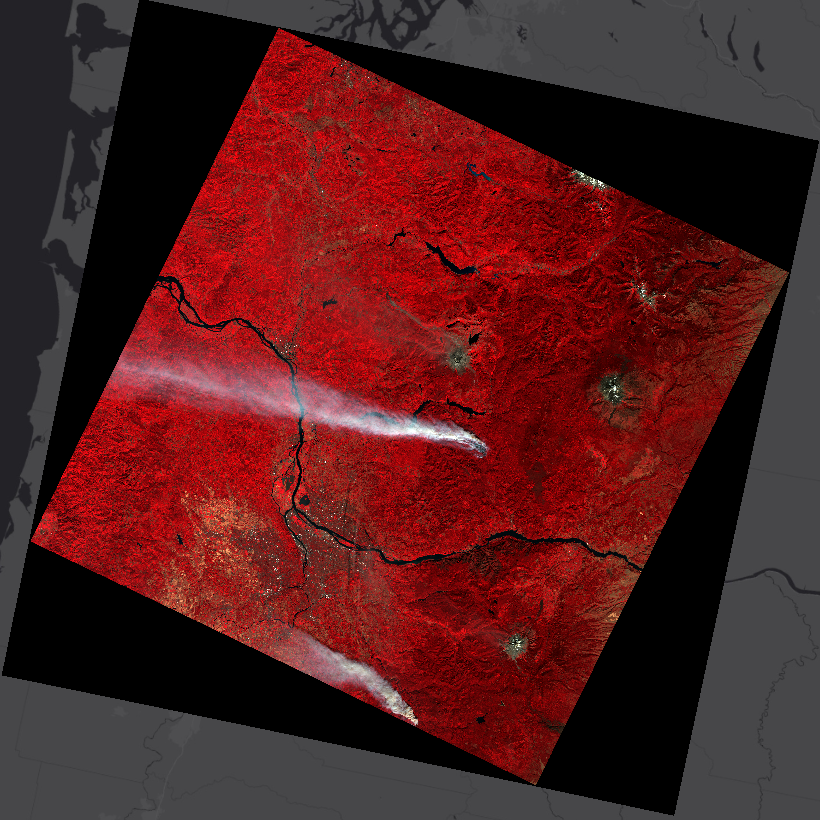 Remote sensing and geospatial analysis is becoming increasingly important in the field of public health. To explore the ways with which to analyze this data, I created a completely free and open source Python script which uses the Landsat8 satellite data to create visualizations and GeoTIFF files for further analysis.

This image is an example of the script's calculation of near infrared composite on September 18th, 2020 during the Oregon/Washington forest fires. Areas in red have healthy vegetation.